A striking, painted eye locks directly with Hank Greer’s camera lens. The photograph, a vivid portrayal of the delicate blending of lines between the natural and developed environments that distinguish Seabrook Island. Soon, spring will again begin to blossom and Hank, with his wife Laurel, wonder if they will once more witness the raising of another family from their porch. Every few years for more than a decade, the Greers’ backyard has been home to denning bobcats. The short visits from the wildcats allow Hank to capture some beautiful pictures, and the couple is honored for the privilege.

“When it comes to animals, we are very spiritual,” says Hank. “I think they know we’re animal people.” Laurel agrees, adding that the experiences instill a “wonderful sense of humility. It is awesome how instinctively they know how to raise their young, hunt and find shelter and safety.”

The Greers’ bobcat photograph collection exhibits a recurring theme: babies! Despite being fairly established in the coastal lowlands of South Carolina, bobcats are not often seen prowling neighborhoods. However, it appears the Seabrook porch and walkway have become a generational denning site for mothers and kittens. Jim Jordan, the Wildlife Biologist for Kiawah Island (a close neighbor of Seabrook Island), says it is quite possible that the cats in the photographs are related.  “Bobcats rarely live more than five or six years on Kiawah,” says Jordan, “but female offspring tend to live in the same area as when they were born.” The cats will typically have one main den and several auxiliary dens within their home ranges.

In this award-winning photo, Hank believes he has captured a rare moment between father bobcat and kitten. The sheer size difference seems to indicate such, males being larger than females on average. “It is certainly possible that the bobcat in the photo is a male,” says Jordan, but it is not likely the father. Male bobcats will mate with several females during a breeding season and not stick around for kitten rearing. Regardless, the touching moment in this photograph shows the special connection between young and old.

Around the time when babies are about two months old, the female will go off to hunt, leaving the kittens vulnerable to predators. Laurel noticed that mom would protect the babies by hiding them under the Greers’ walkway. “The mother bobcat sometimes would bring back live rodents so the kittens could practice stalking and pouncing,” she says. Laurel notes that this behavior illustrates why it’s important not to feed wild animals. By playing with their food, the little ones can hone their hunting skills. Kittens will remain with the mother until the following breeding season, venturing on their own usually by March.

According to SCDNR, Bobcats are found in all the lower 48 states, and in South Carolina they are most heavily populated in the coastal plain. They may be common, but because of their terrific camouflage, stealthy instincts and human wariness they are rarely seen.  In places like Kiawah and Seabrook, however, it appears the bobcat is adapting by finding homes in and around man-made structures. “On Kiawah, we have observed bobcats denning very close to homes for the last ten years,” says Jordan, “including several dens in the crawl space underneath homes.” He adds that the environmentally-friendly development of the island sets the stage for the unique dichotomy.

“They get very close,” says Laurel, even at one point coming up on the porch to look in the window at her pet cats. “It wasn’t an aggressive move,” Laurel says. “She didn’t appear hungry, just interested.”

In many respects, the wildcats endear themselves to people because of the similarities they share with domestic cats, but their untamed behavior sets them apart. The Greers love observing the bobcats, but do so from a respectful distance. As wild animals, Laurel believes that “any interference with them could take away their ability and desire to be self-sufficient.”

Bobcats remain one of South Carolina’s wild treasures, especially in the Lowcountry. They do not pose a great threat to people or agriculture and help to keep in check the population of rodents and other vermin. And, at the Greers’ home, they are welcomed guests. As spring comes around they will be waiting, camera-ready, in hopes of another visit. 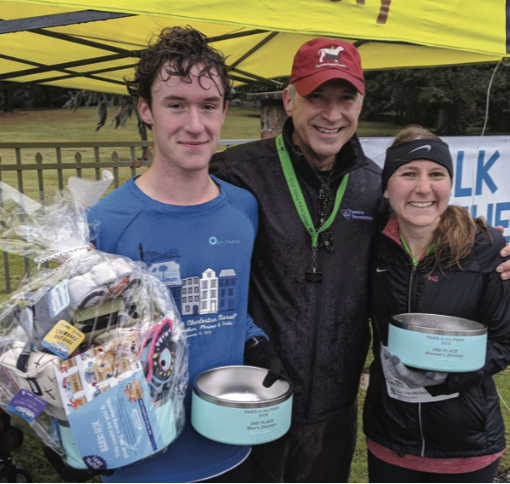 Photos: BRENNA WILLIAMS, ALEXANDRA ROSTAD AND DAN KROSSE More than 1,000 signed up for fundraising walk and run. “It was cold and […] 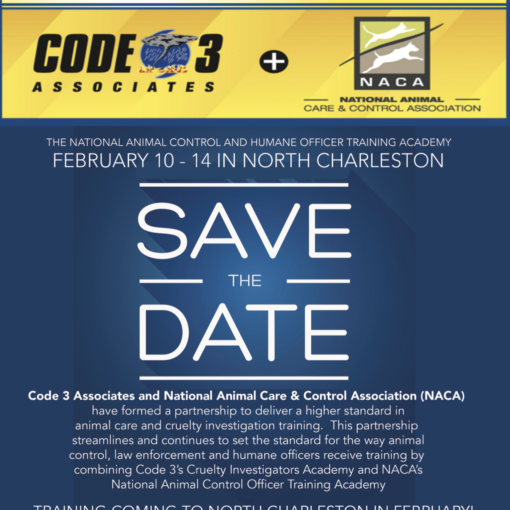 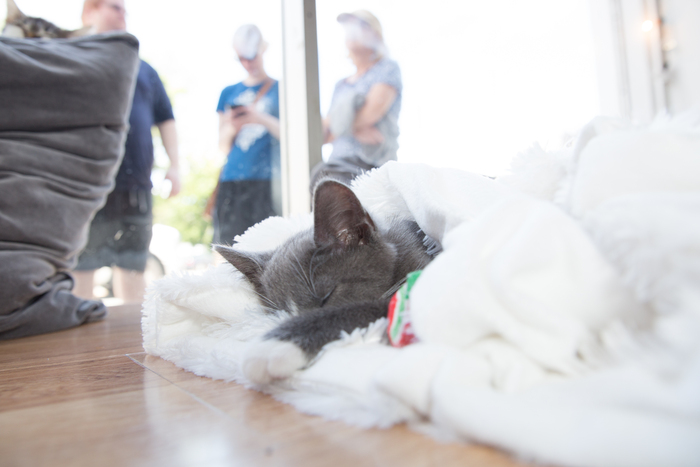 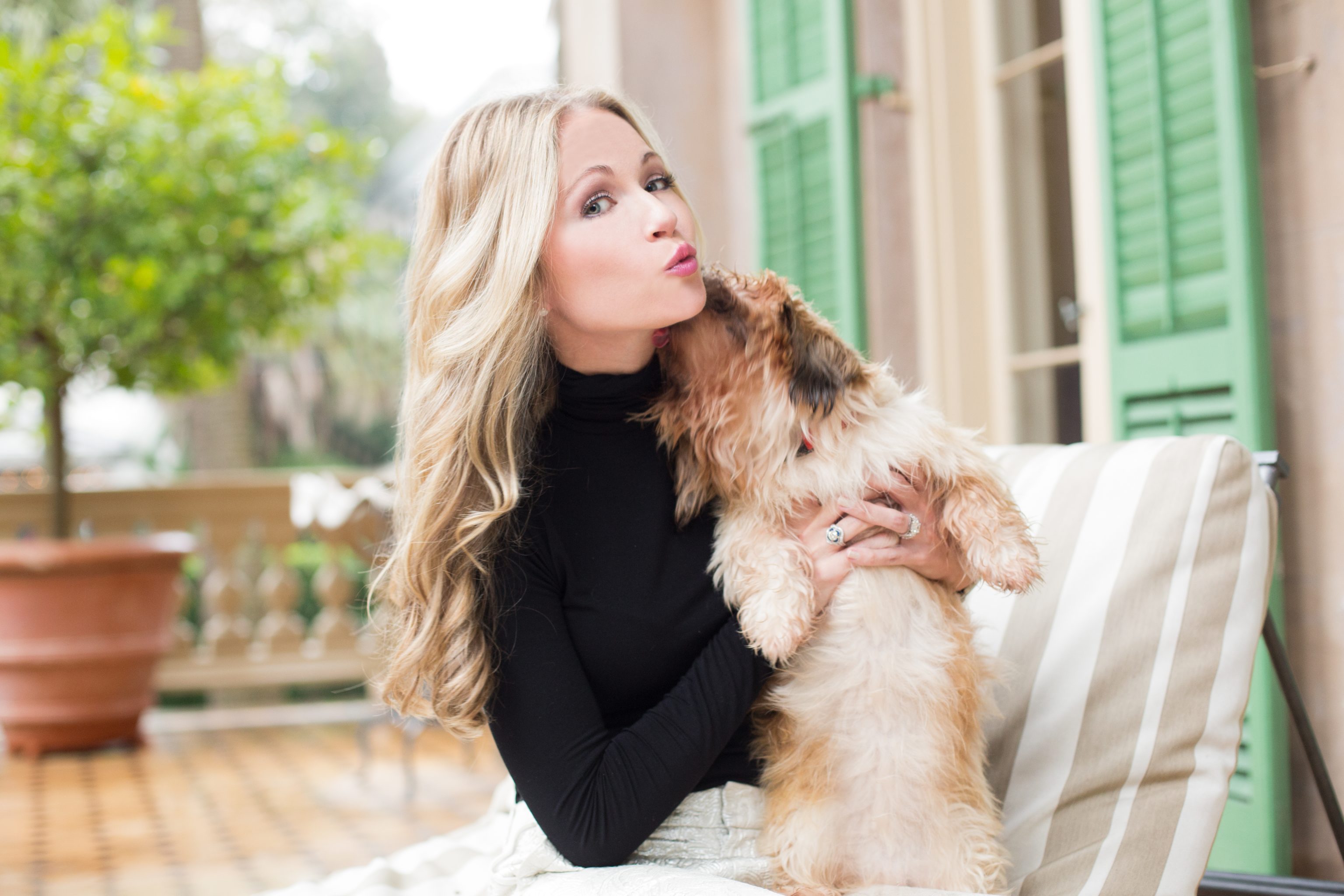